Whispers
Lila Facchini
The "August 8 Cluster" (sometimes referred as the "8/8 cluster") is a cluster of eight sensates that were born on the same month and day. This cluster is also the team that comprise of the main characters of Sense8, containing all eight of the show's starring cast.

The August 8 cluster was mothered by Angelica Turing, shortly before her suicide.[1] It consists of eight sensates.

Jonas seems to have vague knowledge of the identities of the cluster. Soon after they were reborn, he travels to San Francisco and successfully makes contact with Nomi, then travels to Chicago where he finds Will. It is implied that Angelica told Jonas about them off-screen, before her death, or their link as sensates allowed him to use her knowledge on them.[1]

Before its change of leadership, BPO was aware of the identity of five of them, with only Capheus, Lito, and Sun unidentified: 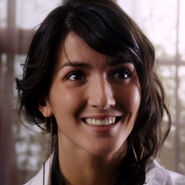 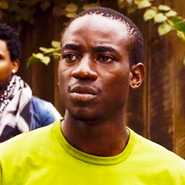 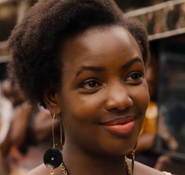 Members of the August 8 Cluster have shown skills and knowledge that have been used by other members, while other skills have also been shown by individuals but have thus far been unused by other members of their cluster. Nomi mentions in season 2 that they as a cluster can speak 7 languages; English, Spanish, German, Swahili, Korean, Hindi, & Icelandic, as well as some "shitty French from high school". However, this contradicts Riley speaking Dutch in the Christmas Special to Gerda and French to Georges in the series finale, Amor Vincit Omnia. It is possible, however, that Nomi was unaware of Riley's ability to speak French at the time.