What's on your mind?

Recently rewatched Sense8 again after a few years. I noticed something pretty weird. In season two, Riley just took a risk and exposed users to other Sensates. Old man Hoy, some guy that licks her face, and a monk. The monk is the person that was particularly interesting to me. She spoke calmly and serenely and had a sense of otherworldly to her. Also, her appearance aside from the flower tattoo on the back of her head is the exact same as someone else. The Ancient One - Sorcerer Supreme from Marvel's Doctor Strange. Just wondered of it was going to be a pretty awesome arc for future sessions of Sense8 (unlikely) or a weird coincidence (most likely). 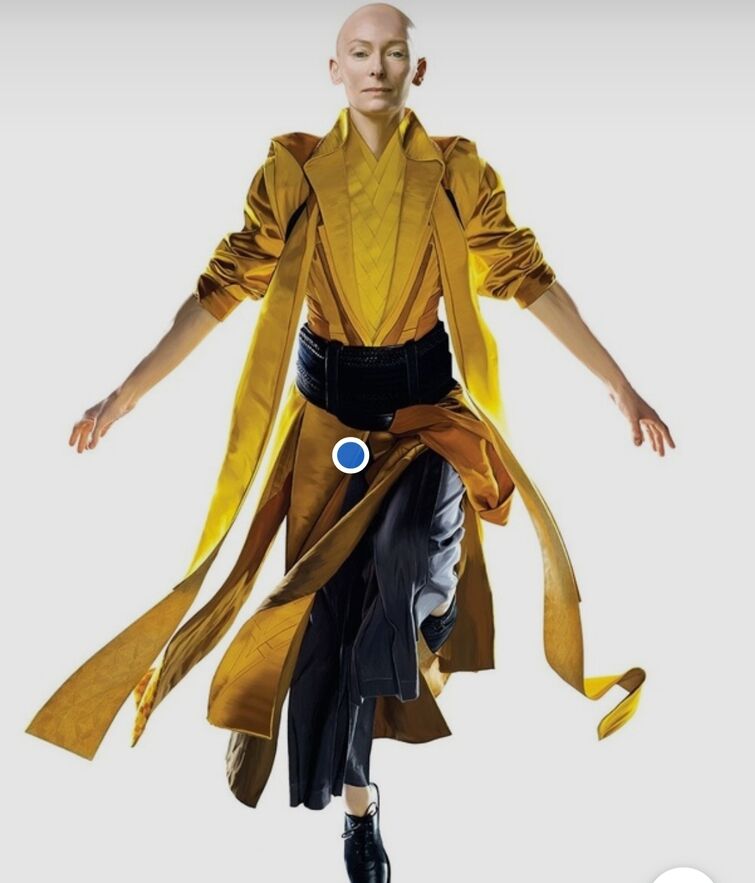 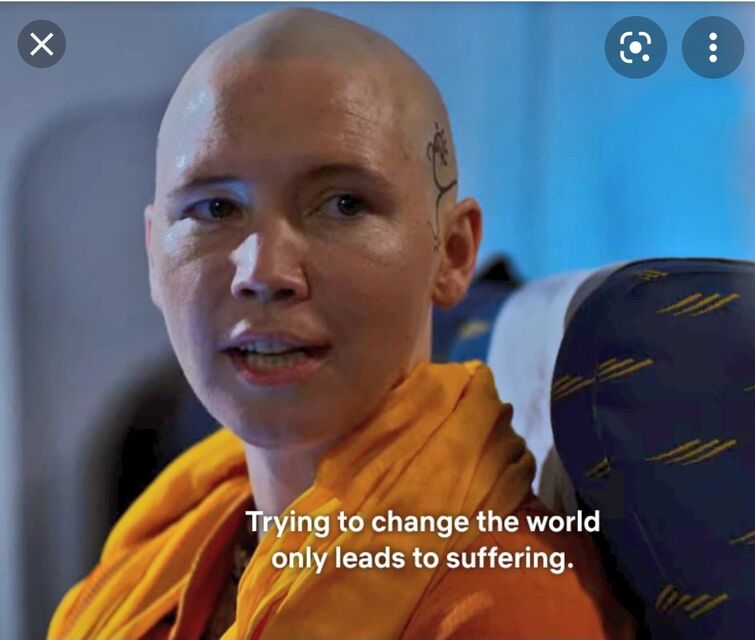 I think if every person on this planet watched Sense 8, the world would be a better place! This show reminds me of the beauty of life, and that although these are hard times there is a better time ahead of us. Life is beautiful and it will be even more beautiful when covid finally f***s off! I would adore a season 3 but I don't think it will ever happen ;(

I've thought about this a lot. I'm a big fan of Sense8. I've never been here but hope to participate.

I see nobody is really active here, but I love sense8 so hopefully some people roam this page. I'd love for it to be more active here.

So from what we know of sensates, any gender can birth a cluster at any time after they've woken. They can birth as often as they want but it's hard to handle.

In season one, episode 12, we see Riley relive her experience giving birth in a very physical and traumatic visceral experience. It appeared very similar to the way Angelica gave birth in episode one.

When I first watched the series, it seemed like they were suggesting that Riley was giving birth to a cluster. Then they seemingly never explored this.

Do you think Riley gave birth to a cluster?

I am wondering if the universe of Sense8 is connected with the universe of Matrix. With the 4 actors coming from Sense8, maybe the Wachowskis will tell us that the series is, after all, in a giant matrix?

What do you think??

the list of messages it sends is amazing. I have yet to find a new series that holds my attention. For the most part, for me, nothing seems relevant to me after being a fan over the last couple of years... just a lonely fan...

Hi there I’m creating a short documentary based on sesnse8 for a university project, looking for fans of the show to interview, I’m based in London and hoping to find anyone will to cooperate and talk about the show as well as its impact on you, relating characters and the story-line. If your outside of London and would like to contribute, please don’t hesitate. Im looking for any stories here, if sense8 helped you become more comfortable in your own skin or aided in your coming out story or simply how you saw yourself represented in some way or form by the diversity of the charters on screen.

Please don't hesitate to get in touch upasna80tumblr@gmail.com Upasna Rathan

(edited by A Fandom user)

After that excellent finale, I was wondering what else the Wachowskis had up their sleeves for the other three seasons they originally planned. Season 3 would have seen Lito's big movie break and the end to Capheus' election storyline, I think, but I can't think of other seeds that were planted for later seasons.

I haven't thought of any ideas myself yet, except I can't shake the feeling that Riley was going to give birth to a cluster herself. After all, she is the one member of the cluster who's all about creating a network, whether it's safehouses and clubs or with other sensates, like the Archipelago. I feel like she would be taught by Hoy and maybe the Lacuna to really delve into every unique aspect of being Homo sensorium, like visiting sensates without establishing the eye contact connection or blocking oneself from the psycellium without the use of blockers.

Talking about blockers, how fun would it be if Kala's blockers became the go-to blockers amongst sensates? That would make for a very lucrative business and it might even somehow help her and Rajan's company to rights its wrongs. With BPO gone, though, I'm not so sure that blockers are that important anymore.

Do you think that, had Amor Vincit Omnia not been the series finale, they would have killed Whispers and Lila? I'm thinking Whispers would have retreated after the exchange with Wolfgang (which probably would happen early in or mid-way through the third season) to gather strength/further his drone program army and Lila would have become the main villain for season 3 in her quest for a rione. Then after they defeat her, Whispers and his army would rise up as a cliffhanger to launch us into season 4.

To acknowledge that this series truly has reached many people in different parts of the world, I thought I'd make this post and see if any fans whose native languages aren't English would like to create wikis and have them affilated with this one for fans that do not speak English as a first language.

For example, we currently have a Spanish-affilated wiki for Spanish-speaking fans of Sense8. Knowing a little of the language, I will try to take part in creating a few pages for that wiki, at least setting them up (and hoping I don't upset any active admins/mods there).

If anyone would like to create a wiki in an alternate language and want to affilate to it, share what language you would like to work with. I won't be there for all of them, unfortunately, but I would like to help in starting some up for you, assuming you need help with setting things up.

What are you hoping to see or hear from the upcoming two-hour special? Feel free to share!

This is the place to talk about your favorite topic, to share news, theories, ideas, and to connect with others. The content from your Forum has been converted to Discussions posts, so nothing has been lost.

To learn more about what you can do here, check out community.wikia.com/wiki/Help:Discussions

If you're an admin on this community, read more about how you can customize your Discussions and set up guidelines for contributors: community.wikia.com/wiki/Help:Admin_and_Moderator_Tools_in_Discussions

Who is the artist?
(edited by A Fandom user)

Making the assumption (and likelihood, in this economy) that after the special's release in 2018, the sci-fi drama series Sense8, co-created by the Wachowskis, is never looked after again by Netflix. However, the Wachowskis decide to still use another form of media to finish the story they had fleshed out in 2015. Would you be happy to have them release it through things like books, visual novels, comic books?

And let's say they did continue the story further, what particular details would you hope they explored more of that they weren't able to do so in the televised series? The sensate mythology and history? The substories of sensates outside the August 8 Cluster, like Angelica and Jonas' Cluster or Lila Facchini's Cluster? Certain character interactions that weren't touched upon much? The biography of characters like Sara Patrell, Bodhi, or Diego Morales? Or maybe you just want to see more of the world outside what was given to us, like Egypt, where Ruth El-Saadawi and her sensate sister lived or Scotland where Old Man of Hoy and Kirsty live, or even where Whispers was born and raised before his rebirth?

Despite already a good amount of things that could be done and need to be done to this wiki, I continue to borrow a few things from the Marvel Cinematic Universe. While there are not going to be several pages on location or several pages for events, I have made starting pages for the following:

There will also be some adjustment and at least one page for blockers, the pill-like creations utilized by sensates to silence psycellium.

You are welcome to bring in any new ideas that could help in bringing in new information, organize certain collections, or need any more adjustments to this wiki.

(edited by Mx. Junie)
What's the book 'Being Human Being' which Amanita is reading lying in bed with Nomi in 0 (Christmas Special) episode? Can't find it
(edited by Tanden.babaich)

This is now the 4th show that I have gotten into and its been cancelled after 2 seasons.  This show was awesome.

(edited by A Fandom user)
Guidelines